As the UK opens up and we all consider what the world of work looks like in a post-pandemic world we want to highlight some of the vital elements for work spaces of the future.

Our most comprehensive partnership option, Situu+ means we team up with landlords to give businesses flexible leasing agreements, transparent all-inclusive prices, self-contained & clean environments, bespoke layouts and everything you need catered for during your stay.

At Situu+ nothing is off limits. We think that we can create your dream work space, no matter what you have in mind. In fact, we are so sure we put it to the test by recreating office spaces from some of the famous sets seen on T.V.

How could we not start with the office space of Mad Men, which was equally, if not more, loved for its wonderfully accurate interior set designs that act as a time capsule from the world of 1960’s advertising in New York, rather than the whiskey-and-cigarette-fueled plot itself.

So sit back, relax and let us show you how we would make the Mad Men office fit in 2021…

We couldn’t miss Don’s mid-century modern box sofa. There’s not many people who watched the show and didn’t imagine themselves at least once as Don Draper or Peggy taking a nap, whisky in hand on one of these classic sofas.

However, the days of shutting the office door, pouring a whiskey and having a nap are very much a thing of the past when it comes to modern workplace culture. In today’s offices staff are often much more free to spread around and use the whole floor space to vary their routine. It’s about having a selection of different areas or spaces to work from depending on the task at hand. To facilitate this, modern offices often include a variety of open, shared spaces, such as break-out rooms, conference rooms, kitchens, eating areas and lounge areas.

To reflect this, rather than using these sofa’s as a prime napping spot, we decided to incorporate a few box-sofas into a fitted breakout and collaboration area. 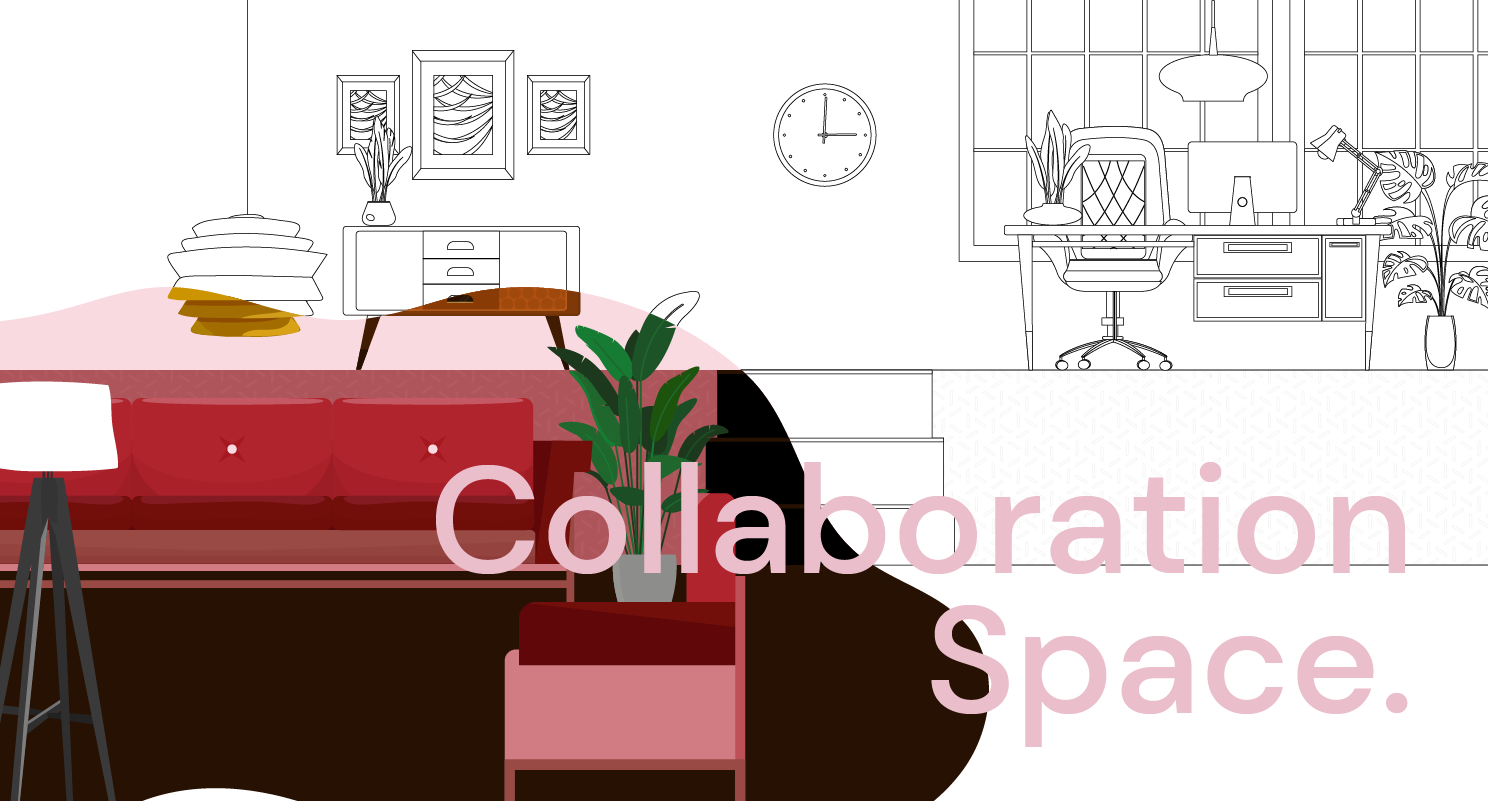 Offices should be all about sharing ideas and the purpose of a work space is to collaborate with colleagues, share ideas and learn. We’ve all just participated in an enforced WFH experiment and now more than ever realise the value of creating spaces that allow us to make connections and bonds with our colleagues. 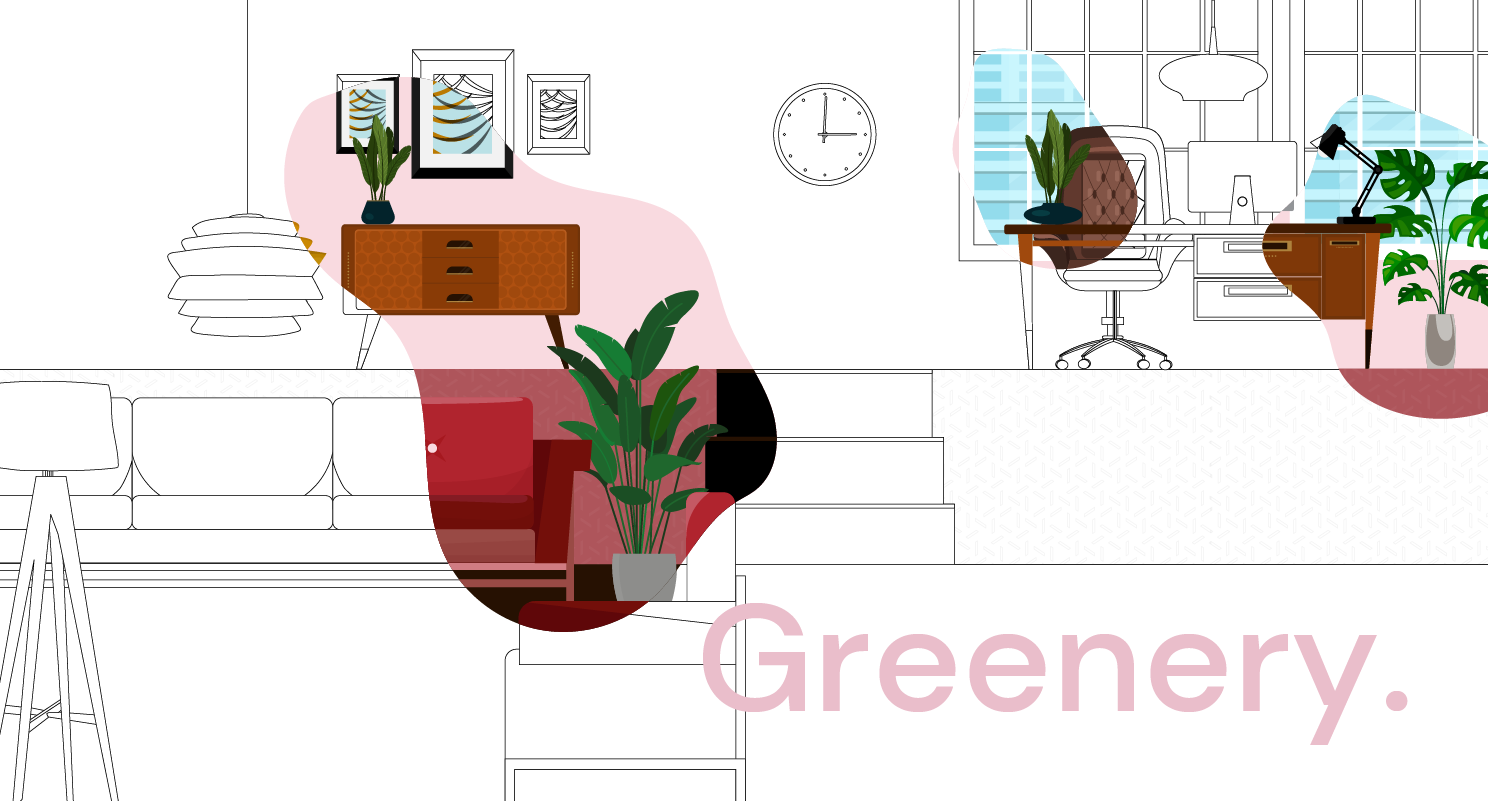 It may at first seem strange to say plants are vintage, but there are definitely plants that were preferred at the time. I mean, succulents were by no means all the rage back when Don was at the peak of his powers. While watching Mad Men you could spot the odd potted Rubber plants on the set, and it is a true representation of the time as these were the most common plants. Other popular choices back then included Snake Tongue and Fiddle Leaf Fig plants. However, to add a modern splash to the Mad Men aesthetic, we decided to bring a lot more plants and picked the greenest ones possible.

The reasons for this extend beyond the stylistic choices. Several studies have shown plants and greenery to have a positive effect on workplace happiness and productivity. People tend to spend longer in spaces with plants and they also act as stress relievers, In short, you can’t really have enough plants in your office. 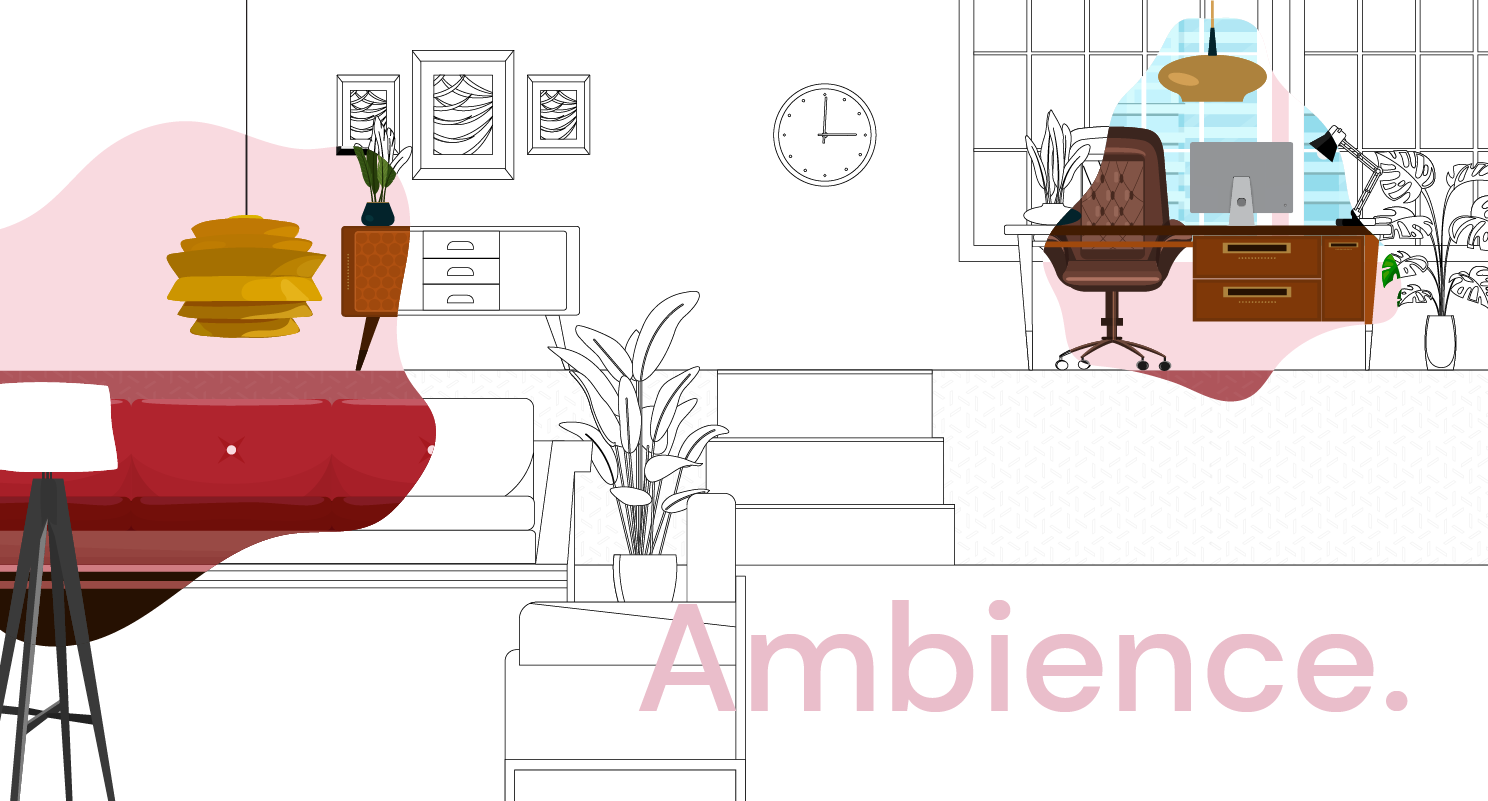 Lighting can often be under-appreciated, but its impact on a room’s ambience is massive. The False lamp placed on Don’s desk does an excellent job in creating a low-lit atmosphere, perfect for a reclusive man who loves to smoke and drink. But in current times it wouldn’t fly. Nowadays, Don’s desk is likely to be dominated by his Mac, that’s assuming he even has a private office!

In a contemporary office environment modern technology allows us to have full control over the ambience of the room. LED bulbs give us the capability to completely light a room, and this creates a much more transparent atmosphere compared to the drabness of the 60s. However, we still want that classic style from Mad Men to create an office space with real character.

As a compromise we decided to keep the classic mid-century style desk lamp, as well as the wonderful silk lampshades on the ceiling to match that ambience of Mad Men. However, we fitted the ceiling lamps with dimmer lighting, allowing us to adjust the lighting between mood and task.

And there you have it, the Situu+ take on a modern office inspired from the best bits of Mad Men. Although this was a purely theoretical exercise, it works as an example to demonstrate our ability to create, or even recreate any office and atmosphere your company wants.

Today’s Situu+ office is a drive towards a healthier, happier workforce. The perfect workplace is more than just an office. It’s a hub for creativity, for sharing ideas and prioritising your team’s mental well-being.

If you’re just ‘going back to the office’, then you’re going to the wrong place. Make sure it’s worth coming back to with Situu+.

Get in touch and we’ll help you find your 2022 workplace.

We use cookies on our website to give you the most relevant experience by remembering your preferences and repeat visits. By clicking “Accept All”, you consent to the use of ALL the cookies. However, you may visit "Cookie Settings" to provide a controlled consent.
Cookie SettingsAccept All
Manage consent

This website uses cookies to improve your experience while you navigate through the website. Out of these, the cookies that are categorized as necessary are stored on your browser as they are essential for the working of basic functionalities of the website. We also use third-party cookies that help us analyze and understand how you use this website. These cookies will be stored in your browser only with your consent. You also have the option to opt-out of these cookies. But opting out of some of these cookies may affect your browsing experience.
Necessary Always Enabled
Necessary cookies are absolutely essential for the website to function properly. These cookies ensure basic functionalities and security features of the website, anonymously.
Functional
Functional cookies help to perform certain functionalities like sharing the content of the website on social media platforms, collect feedbacks, and other third-party features.
Performance
Performance cookies are used to understand and analyze the key performance indexes of the website which helps in delivering a better user experience for the visitors.
Analytics
Analytical cookies are used to understand how visitors interact with the website. These cookies help provide information on metrics the number of visitors, bounce rate, traffic source, etc.
Advertisement
Advertisement cookies are used to provide visitors with relevant ads and marketing campaigns. These cookies track visitors across websites and collect information to provide customized ads.
Others
Other uncategorized cookies are those that are being analyzed and have not been classified into a category as yet.
SAVE & ACCEPT